That’s when my friend Stephen Koepfer called me. He was an art therapist at Maimonides Medical Center in Brooklyn and worked in the pediatric cancer unit. One of Stephen’s patients was Jasmine.  She was 24 and had terminal cancer. At that point, doctors were giving her about eight weeks to live, and her dream was to marry Angel, her longtime boyfriend and father of her two children.

Stephen asked if I would be willing to photograph the wedding and if Nel would create the video pro bono. We gladly said yes – and all the other vendors worked for free, too.

Jasmine & Angel’s wedding was beautiful, because all weddings are symbolic. They’re uplifting. They’re forward-looking. They signify a life beginning together, and future family is implied. Weddings are a reason for everyone to get dressed up, have drinks, dance and have a good time.

Having a feeling that the world is going in a positive direction, while the prognosis is eight weeks or less really opened a space for many emotions. The bouquet toss was so filled with joy, and Jasmine was so present in her life in that moment, that it has remained one of my favorite wedding memories. She passed on several weeks later.

When I say it was an honor to photograph this wedding, it really was. It was a beautiful, perfect beginning for me. 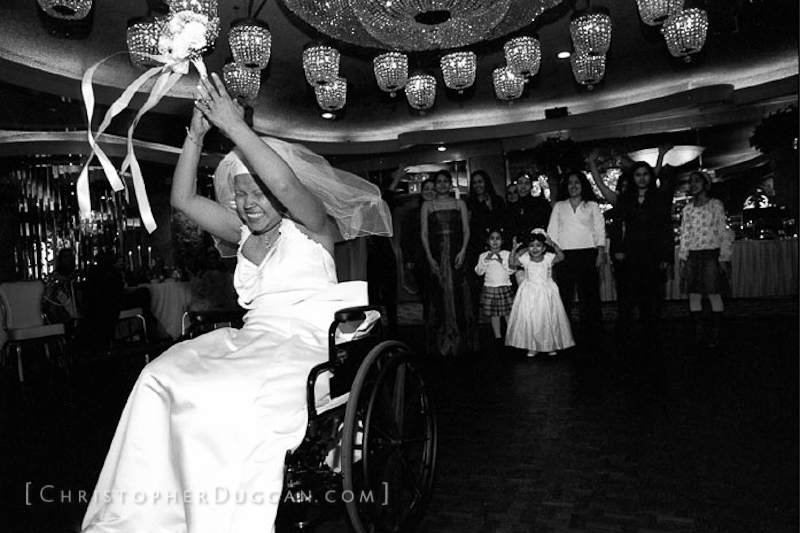