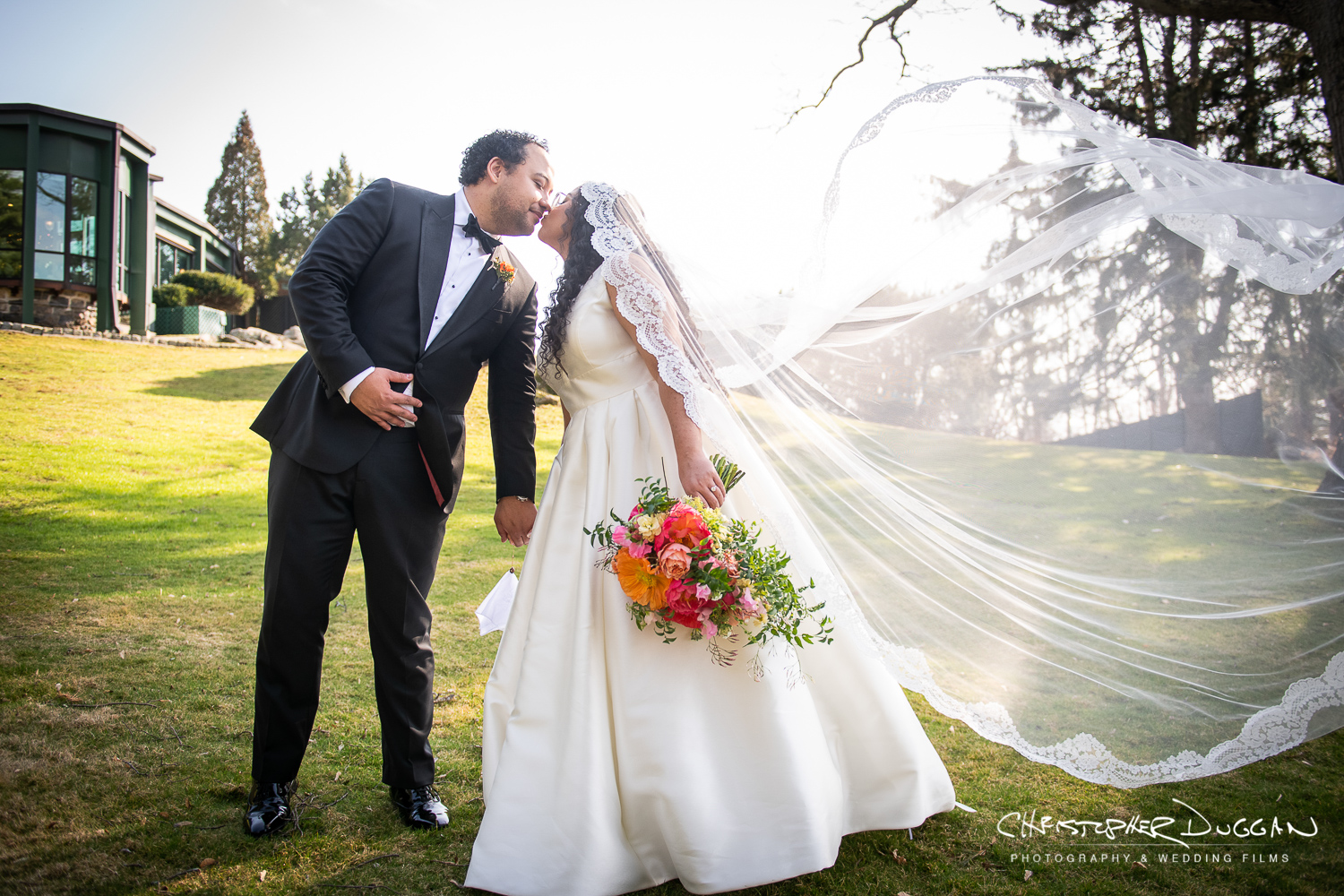 THE WAY I SEE IT: THERE ARE TWO COMPONENTS OF “GOOD” WEDDING PHOTOGRAPHY.

That second part is totally invisible when you begin your research for wedding vendors… You might find a hint of it on an initial call, but you might not fully realize the impact until your wedding is over!

I’ve gotten less shy about sharing with couples that I bring a certain tenderness to the whole process of wedding photography. I make sure to treat every couple from initial call to wedding album delivery with joy, empathy, and excitement. When you call or email, you get me, so knowing how it feels to work with me can be a valuable part of your decision-making process.

I’ve embraced how I am as a person — being nice weaves into my wedding photography and how I run my business. 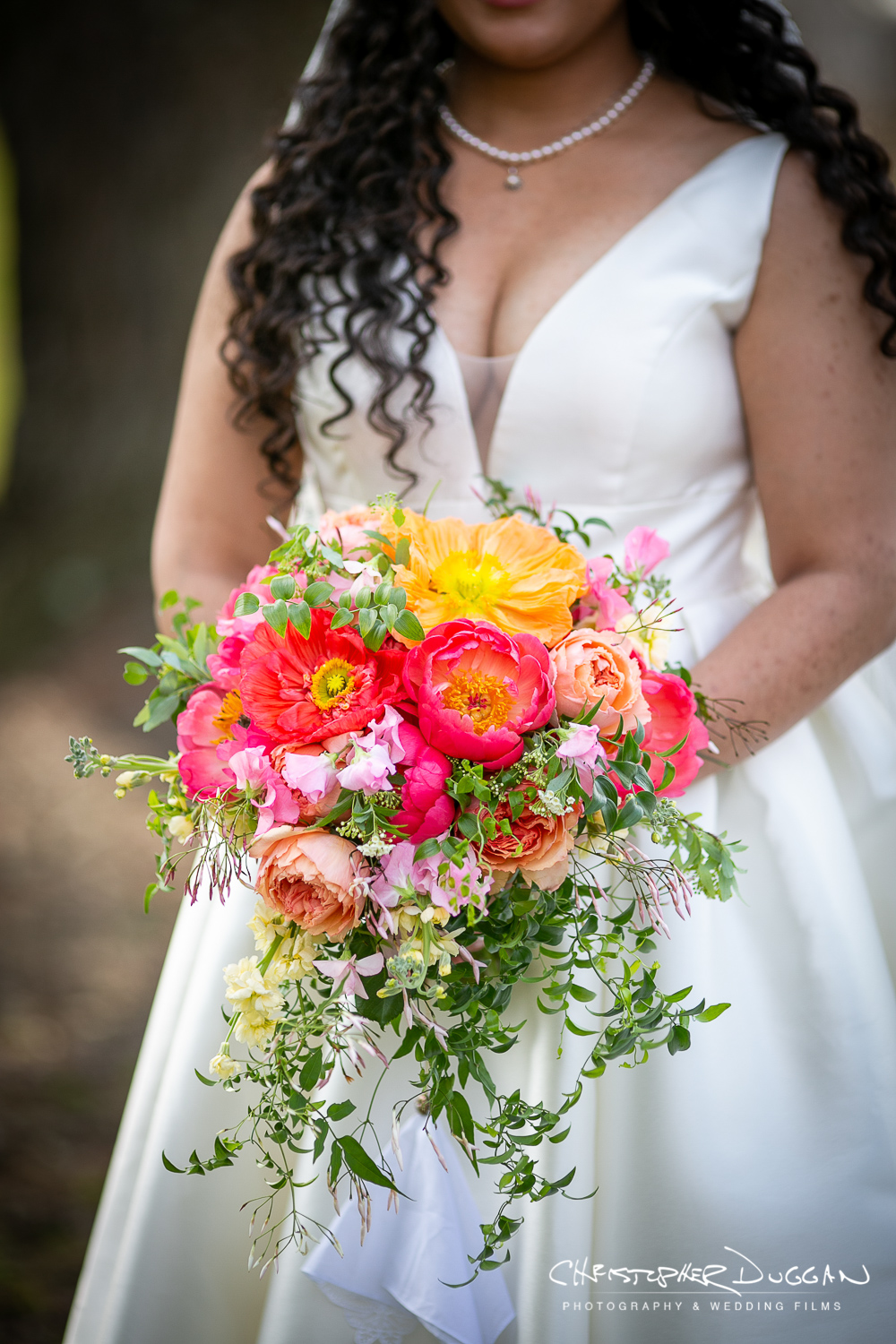 You might not realize this, but you could spend years working with your wedding photographer.

Ayo & Rey initially reached out to me to photograph their wedding back in April 10, 2020, right after the pandemic was introduced to the world. They ended up postponing their wedding twice, finally getting married on March 20, 2022, about two years from the first time they contacted me!

In the meantime, they had a beautiful baby girl, Carmina. Right before the wedding, we did an engagement/family photography session in Astoria Park with their new baby. It was so special to capture these moments of them as a brand new family. We made photos around the bridge and near the water — areas that were meaningful to them as a couple.

In our time working together, I got to know important details about Ayo & Rey’s families and traditions that would be woven into their wedding.

Ayo has a large immediate family, and I always ask for details about family dynamics so I can make sure that I’m capturing the right people in family portraits, acknowledging family status, honoring those who need to be honored, making family members feel welcomed, and continuing to bring tenderness to the event. Family can be hard to juggle, especially at a wedding! I make it a priority to ensure everyone is calm, and the family photos you have on your checklist are made with everyone special to you. 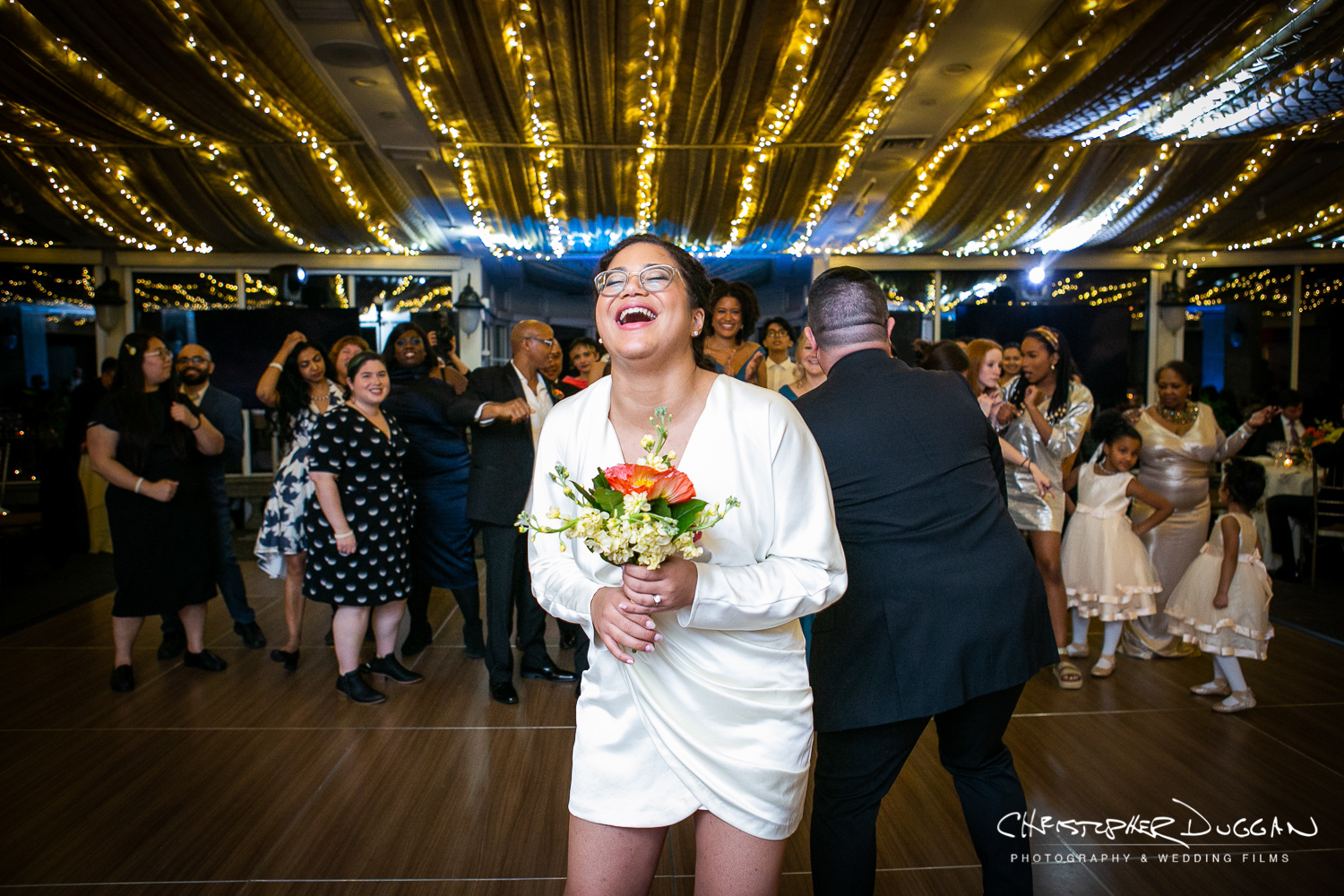 I also collect information about special details couples plan to incorporate into the day before each wedding. Ayo & Rey’s wedding featured a mentalist, tarot card readers, and lots of other fun activities for their guests. They had lots of guests and lots of dancing. There was a handkerchief holder Ayo was using that every bride in the family had carried since 1650.

Ayo & Rey incorporated a separate livestream on Zoom with a big group of people who were unable to attend in person. Tappan Hill’s team set up a large tv screen in one room, gave the couple some appetizers & cocktails, and Ayo & Rey took some time to interact with their Zoom guests. I watched as they had individual, heartfelt conversations… I’ve never seen that done before. The fact that they stepped away from their in-person guests to show appreciation to the ones who were attending virtually really showed how sweet and kind they are as a couple.

All of these details were important to know about in advance so I could make sure to capture them in photos. 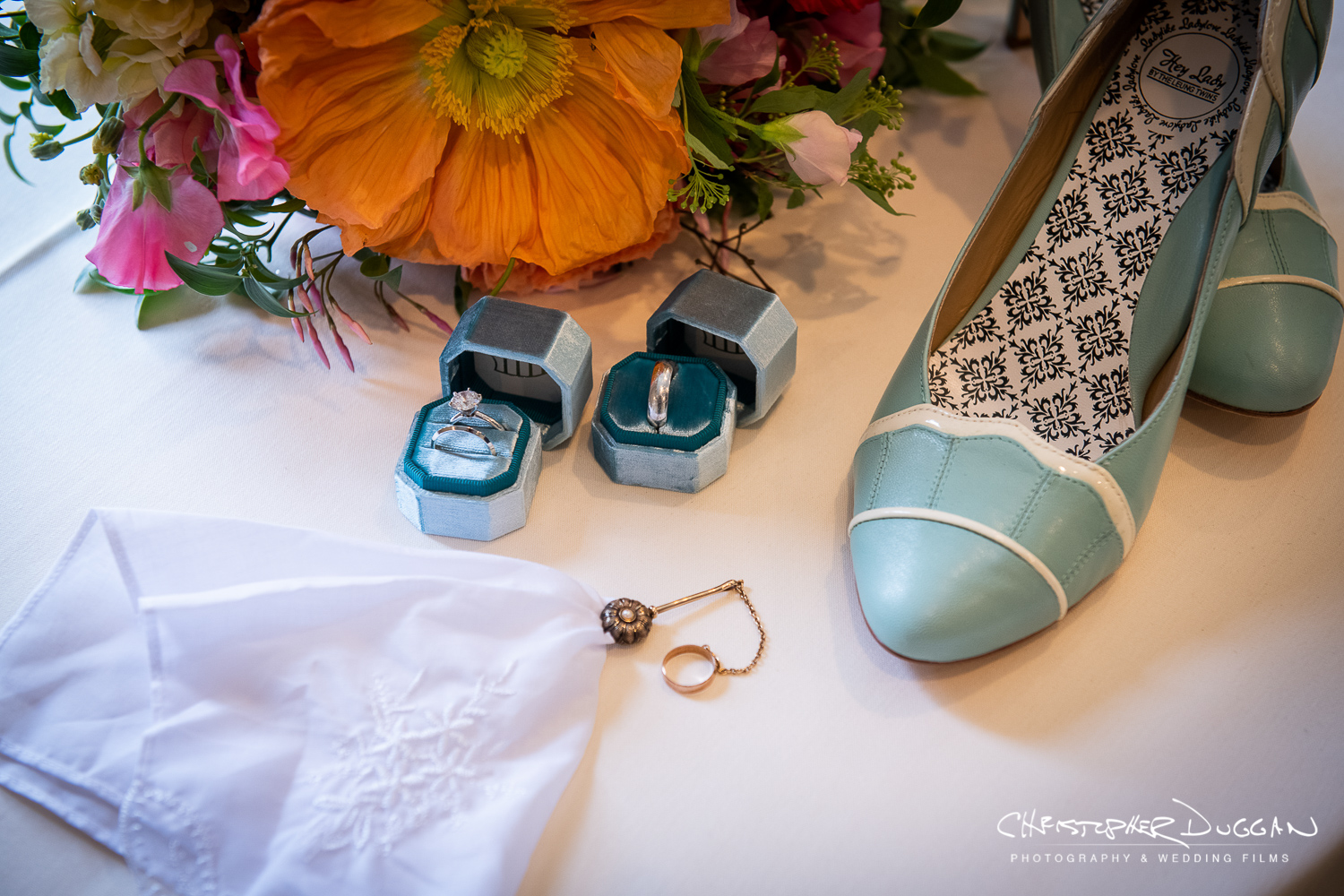 I have loved working with Ayo & Rey.

Learning about their relationship, their families, what’s important to them… I’m so thankful to the couples I work with for letting me in, and I look forward to continuing to bring this attention and tenderness to all weddings I photograph in future.